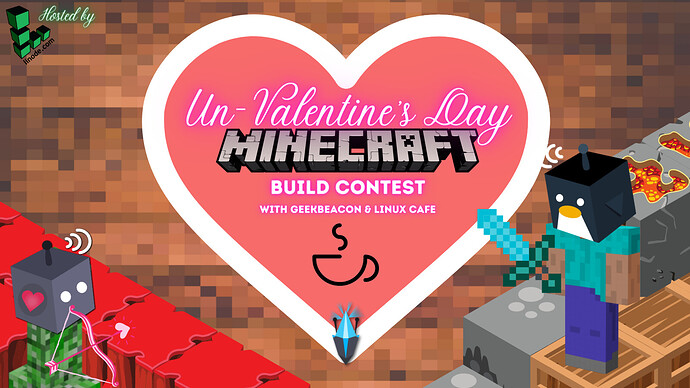 Join us for the Un-Valentine’s Day Minecraft Build Contest. GeekBeacon will be co-judging with the Linux Cafe team. So get in, and start building. We’ll be giving away some Linode swag to the winners.

Linux Cafe is also doing a giveaway up until Valentine’s Day. If you’d like to get in on that, follow the details below. They’re giving away a few things.

Join the Linux Cafe Discord server and become a Member by Valentine’s Day. One can obtain the Member role by being an active participant in the server; the role will be assigned automatically after sufficient activity. So far the prizes are:

Friendly reminder that this event begins tomorrow. All are welcome to join!