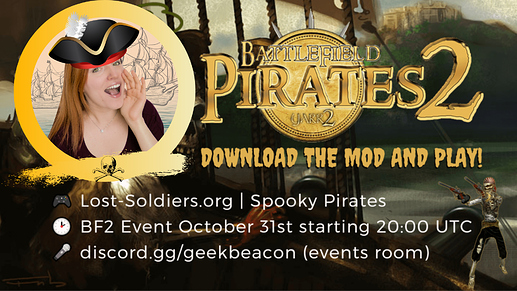 We’re back with the Lost Soldiers community, this time playing a mod for Battlefield 2, called Pirates 2. Make sure to follow the details below on how to set up the game.

Shiver me timbers! This shall be a scary spooky fun time!

More about The Lost Soldiers Community

If you did not have the chance to see it already, this is the introduction video of the Pirates 2 mod and it’s quite a good machinima, my mate recorded it because it’s not available anywhere on YouTube. It’s a very entertaining watch, I hope it will “hook” you for the event, YAARRR!

New video came out, this is from a play-test we did yesterday. Remember that the Pirates event is next Saturday starting at 20:00 UTC (countdown in the main post), all details are written by Bremaine at the top; if you need any help I am here. 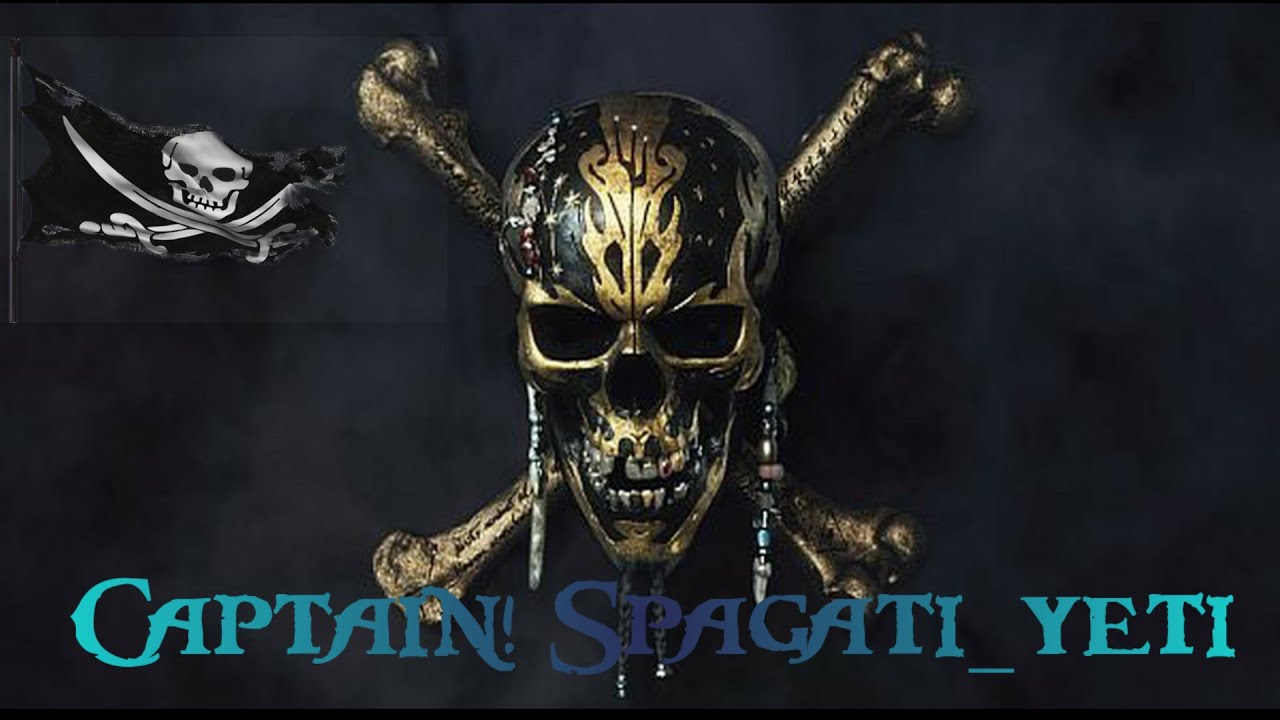 I hope to see some of you on the day of the event, tomorrow, starting 20:00 UTC

this is the countdown short-link if you want to keep track of join time. Here are some screenshots captured during the last play-tests, I hope you will enjoy: 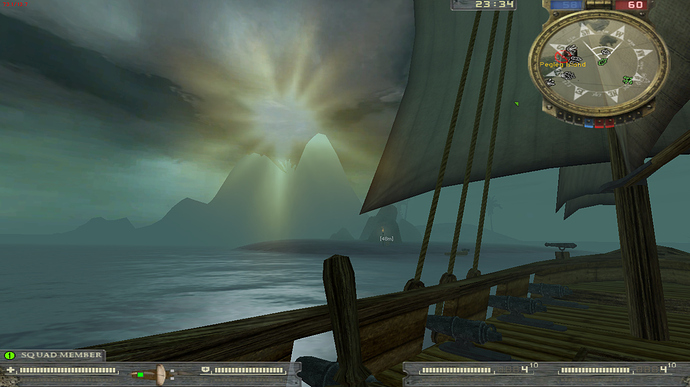 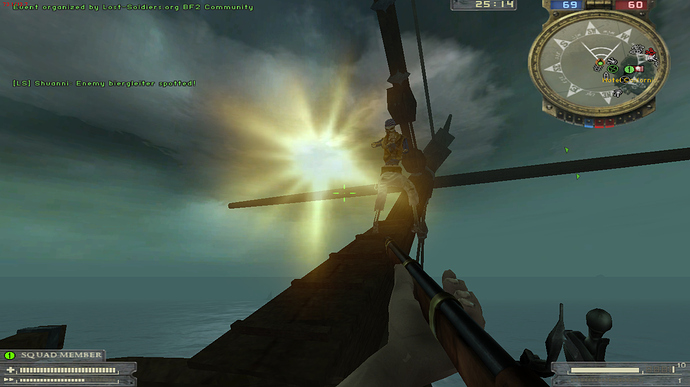 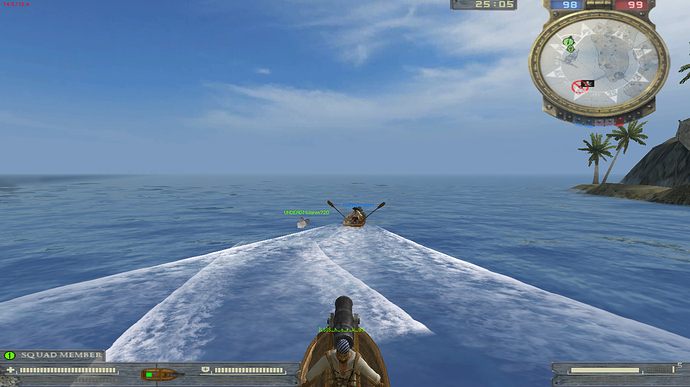 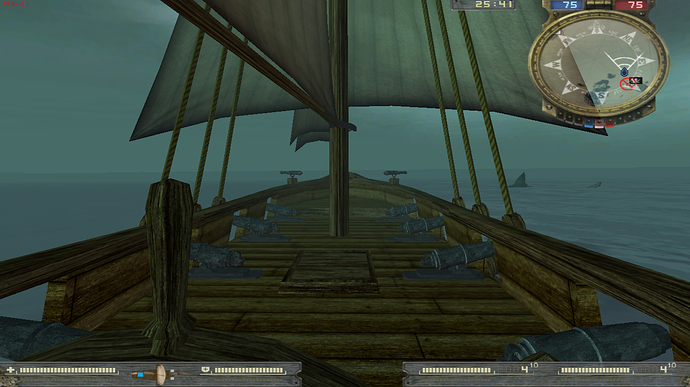 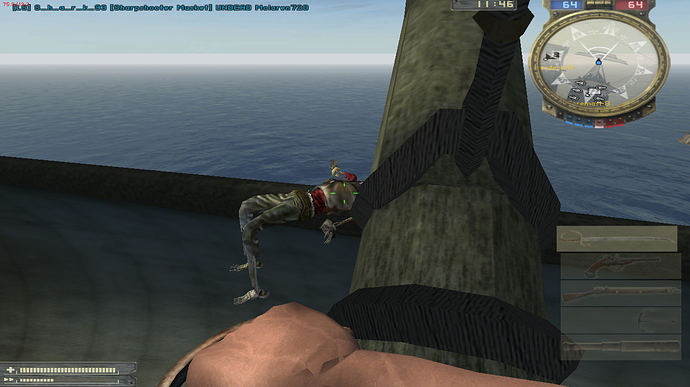 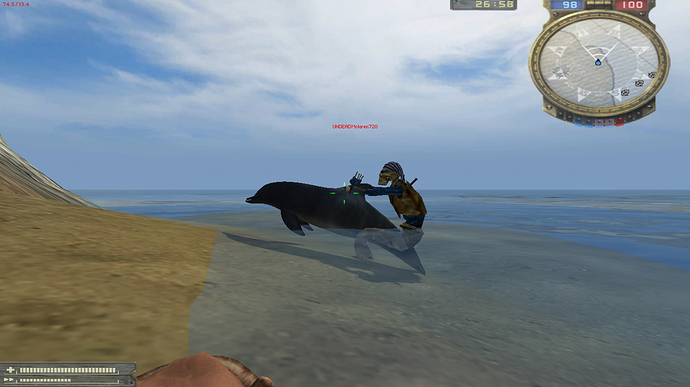 You can ride dolphins? lol

You can go underwater too, and the “clacson” button makes a dolphin sound!

Oh, fear not, there are sharks too in the waters, eheheeheh, not just me!
EDIT: you can also do this with a dolphin BF2 Pirates Dolphin Flip Season

Thank you all who attended the event yesterday, we’ve had a blast playing with you for 10 hours straight and enjoying some talk over the Discord voice chat, we look forward to meeting each other on the high seas again. All of our past events can be seen on this web page: https://lost-soldiers.org/events (this is the 4th modded event we did) 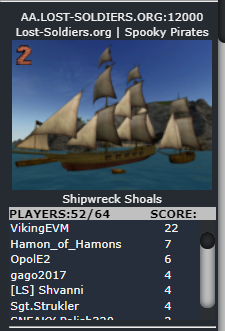 As usual I will be updating this thread with the various post-event videos that will be released by the content creators who attended, as well as showing some of the best clips from the several streams (updated list below, some may still be found in highlights in the future).

For starters, early clips and snippets from the event:

Okay I’m almost done going through the insane amount of streams that were casted for this event, I have almost 1GB of clips downloaded on my hard drive and I want you to know I will be sharing each and every one of them with y’all

But let’s start with the first 4K 60 FPS montage that was released by GravityBFTV, an american friend of ours who is always eager to support and tape our events, casting them as well (he was the main commentator of the previous collaboration event, the Car Racing BF2 Tournament): 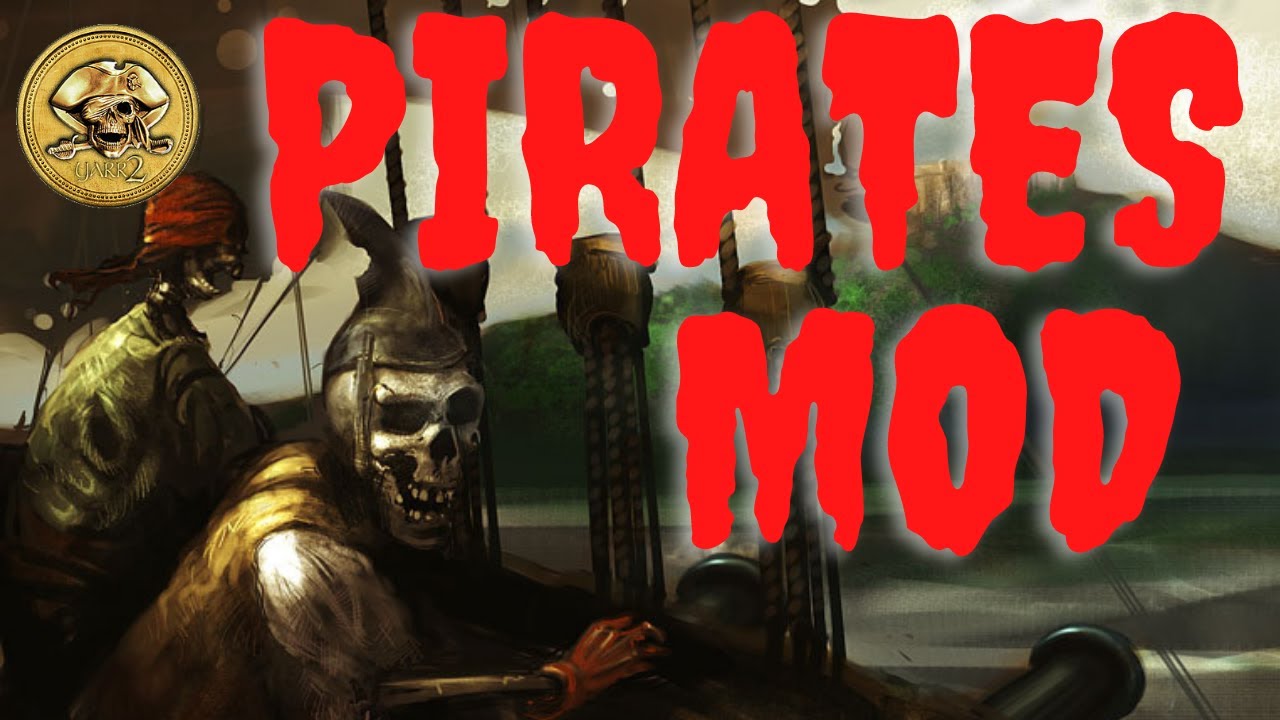 With his video I will also attach the best clips from his stream, selected by yours truly:

I’ve also clipped something from @seekaplayer’s stream: overall he had fun but the inaccurate guns and the mod itself were pretty unforgiving towards him, though moments like this is what made it special; thank you so much for streaming the first part of our marathon man!

I hope we have more events with this mod in the near future. It seems the players had much fun and I (bohoo) also missed the replay a week later. 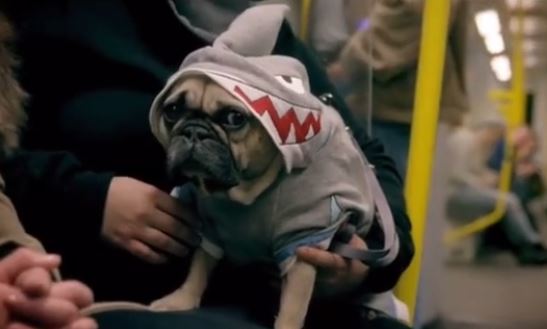 Okay I finally wanted to wrap up this event’s media by thanking all the streamers once more and letting them know I actually watched all of their footage, collecting almost 70 clips (1,5 GB ~ 45 minutes of footage total!)

So whilst at first I wanted to share every single clip - featuring every streamer through multiple weekly posts - I realized that it would probably not be practical, so I decided that I would rate and post the Top Ten Twitch Clips here on the forum & discord. So here we go:

BONUS CLIP! The kitty cat steals the spotlight, and this time he’s the real pirate!

And finally here’s the most hilarious bf2 pirates montage that you will ever see, laughing is guaranteed! If you don’t mind adding a comment please open via YouTube and end it with something along the lines of “Shark smelled fresh meat” (it’s a zombie voice-over line in the mod

), so Viking knows that I sent you his way. Hello gaming nerds of the Beacon!

The modification is also very easy to download and install from ModDB.
Thank you and have fun on the high seas, YAARRR

First video by Prospekt Mir, his footage is so much high detail that I’m so jealous of the guy’s rig, plus he’s the YouTuber that sounds EXACTLY like @seekaplayer

@Posi ya missed this where are you man, all good I hope? Catch you later in Discord My personal highlights from the video above (pretty much all about me, @Rotblut perhaps can link his own moments or the full video that he taped).

Sure i can, here is the most funny thing happend for me. You’re the main Actor in this. I guess you know what i mean. In Prospect Mir’s footage i found a few highlights of me and i am glad he cut most of my ayayay rants out. It was fun to play the Pirates and i hope we will do this again in the future.