This was brought up in discord by @xnerfherderx, and I think others could benefit from this information.

Crash Plan is an awesome remote back up solution at a very reasonable cost that used to be available to home users and was cross platform. (Including Linux). They recently discontinued the home version sending users to other alternatives.

I just wanted to open the discussion regarding alternatives. Some of the choices brought up in discord.

is resilio sync an option? it includes all three platforms but it’s more of a syncing thing. I guess it is more of a replacement for the computer to computer backup that crashplan home offered

There’s several alternatives for PC to PC backups. It is interesting… Reference but probably not a replacement for Crash Plan.

Thanks for the link though that does look interesting.

The only offering they have available for Linux is their B2 service, which looks like it’s close to the Amazon S3 service where you have to pay for data transfer to and from the cloud (or at least from) as well as the $5/mo service fee. Thinking this may not be such a great alternative after all.

There is no 5$/month storage fee on Backblaze and it is actually very cheap.
I am using it via the Synology integration and works quite well.

You’re right, there isn’t a $5/mo storage charge… the charges are per GB stored and downloaded:

And here’s a ss of their annual charge calculator: 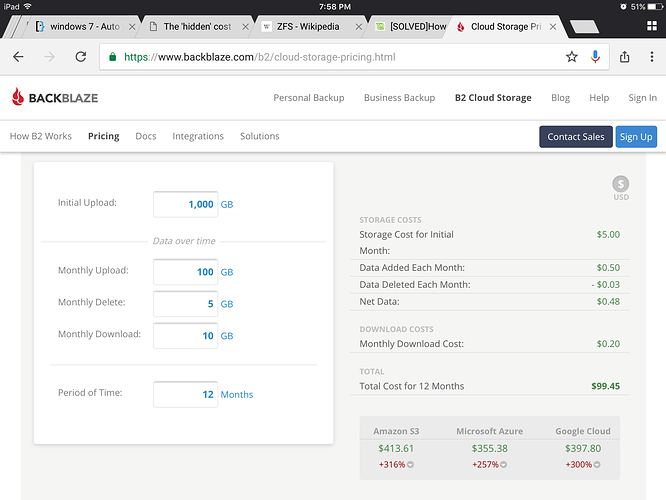 As you can see it’s calculated to approximately $100/yr based on what looks like about average use when CrashPlan was only $60/yr for unlimited storage.

That’s not bad, but that’s an S3 alternative not really what CrashPlan was offering.

Yeah, but it’s the only Linux option they have right now.

How would a private Git repro work for back up?

I wanted to comment on this. My Crash Plan is expiring and I’m looking into this thread a bit more seriously.

When I first looked at this BackBlaze I didn’t notice the personal plan. It seems like it is supported but linux is not exactly a first thought.

They do have something similar to S3 that they do support and have Linux support. They even wrote a blog post about it that can be found here.

My two contendors were Carbonite and BlackBlaze. Carbonite gives a much nicer discount for Crash Plan users, but long term it seems BlackBlaze is more feature rich (at least mac/win).

Though I’m not a fan of it, if linux support is especially crucial you may look at IDrive.

Relevant notes on it can be found here

Thanks all for the BlackBlaze recommendations – I know @csgeek is now officially messing with it and I think it’s really shining compared to all the others.

I’m paranoid about storing my system on the Cloud *clown? The Distro I use has a feature where your linux system (puppy) can be stored and used *frugal into one file so backup is “exact” and as simple as copying one file in the normal way. Then its just a matter of pondering how nice of an external drive you want and which way to connect to it. Right now I’m trying to find my dream USB 3.x PCI X1 card that works without any weirdnesses. VIA chipsets were sent by the evil one to crash my brain. LAMA!

I too am paranoid about cloud backups. then again… 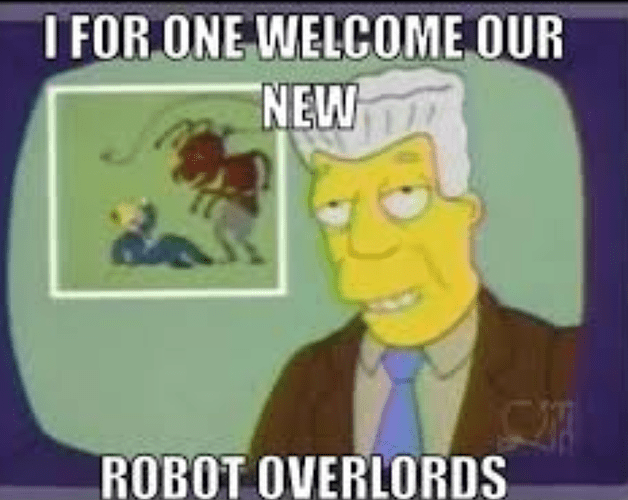